Forgotten from where we are Begotten explores much of our current culture's turning away from its ancestral roots. This has produced an advertising and sales machine that has created a materialistic society consuming at all costs, leaving ever more widening gaps between ourselves, other nations and cultures, and humanity's home, Mother Earth. The two figurative stainless steel Sandhill cranes represent this absentmindedness and laser focus on the future and the next shiny thing. The petroglyphic crane is a scale replica of a crane carved into the sandstone on Comb Ridge near Bluff, Utah by the Anasazi People millennia ago. She represents humanity's ancestors and its guidance by elders. Elders? Humans that understand they fundamentally come from the same ground that feeds them, and that they will be laid to rest in that same ground, and that they will then feed those that come after them. An idea that was largely cast aside by the dawn of the industrial age and an idea, no, a deep calling already within us that is accessible via courage, humility and an open heart. This ancestral calling is always available and attainable as represented by the petroglyphic crane, the other two in clear sight of this reality yet utterly oblivious to it.  Forgotten from where we are Begotten. 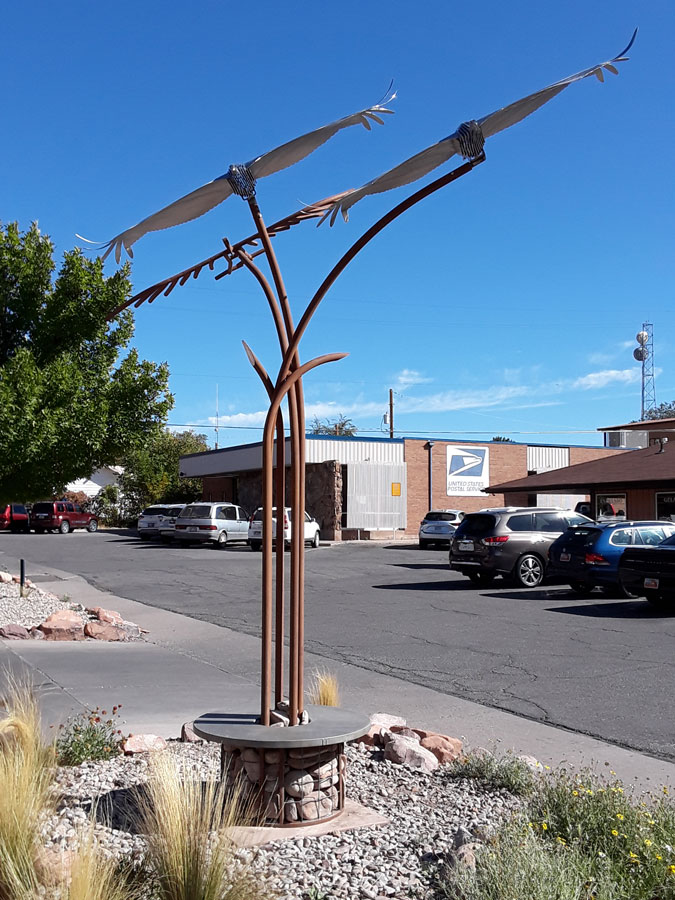 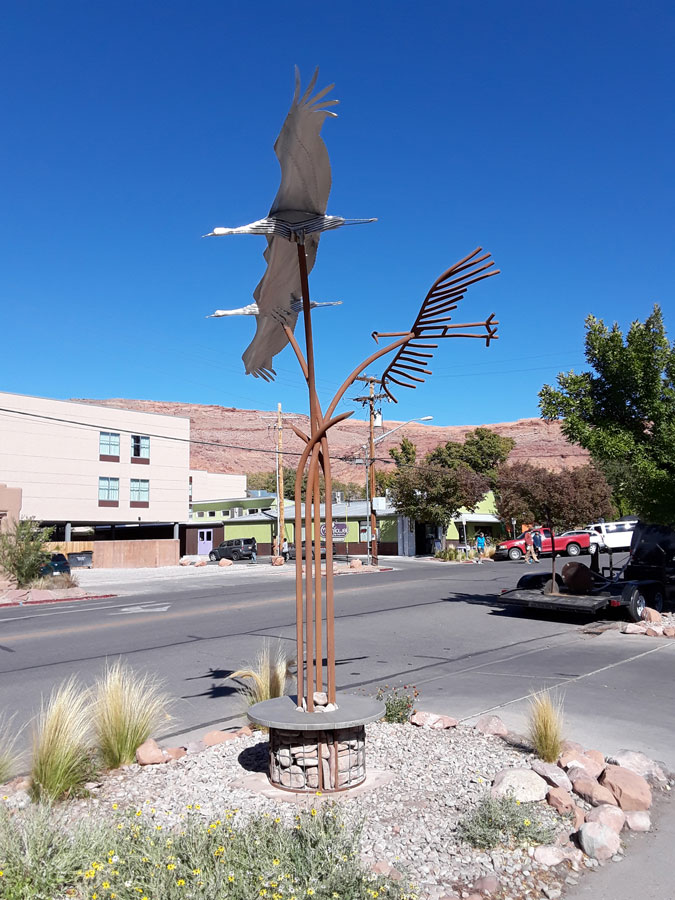 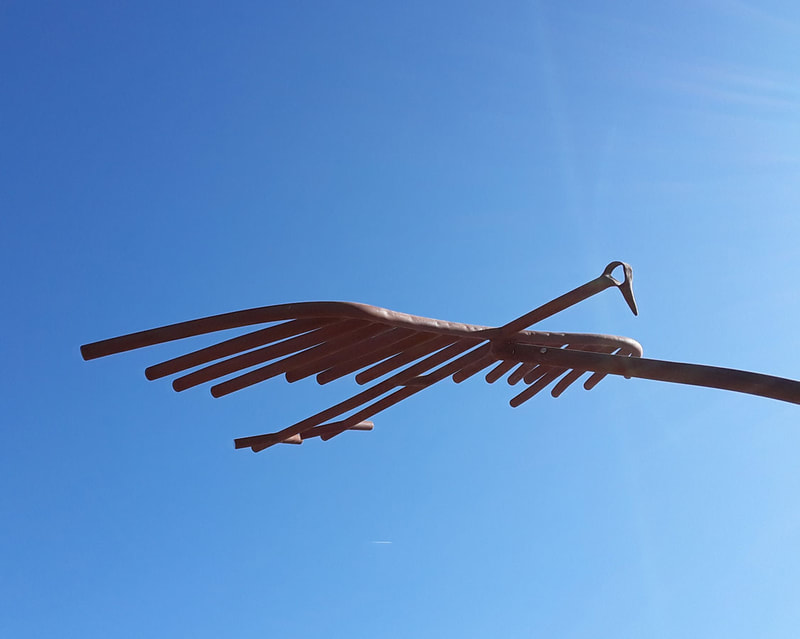 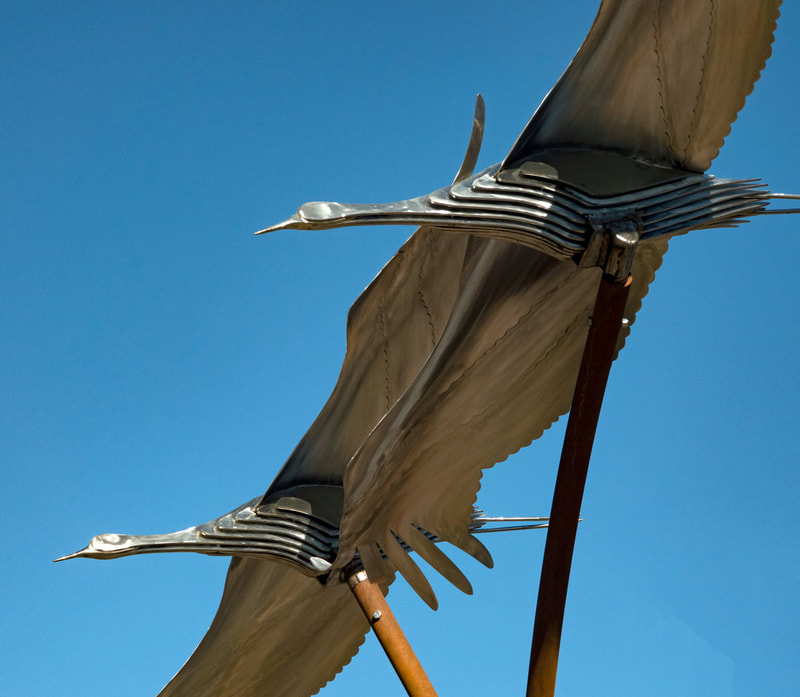 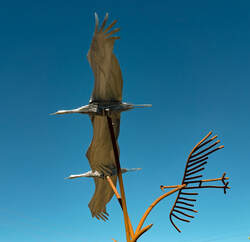 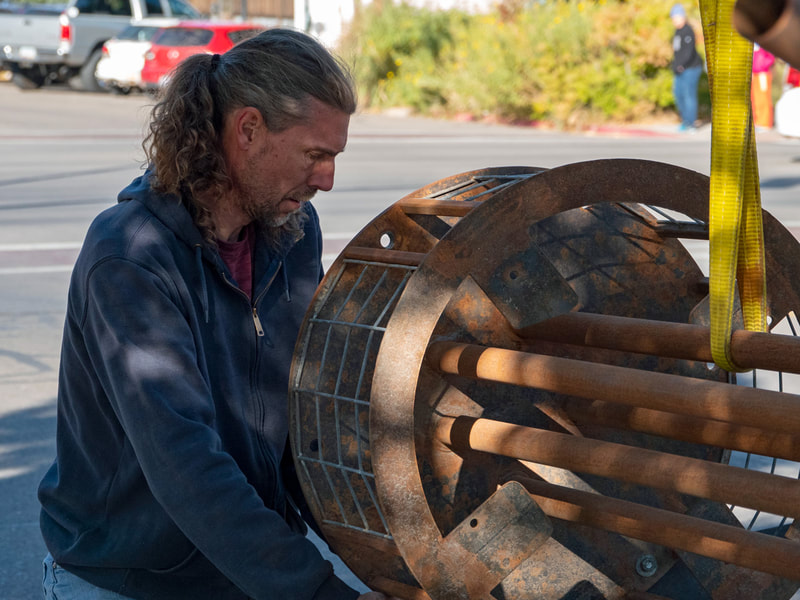